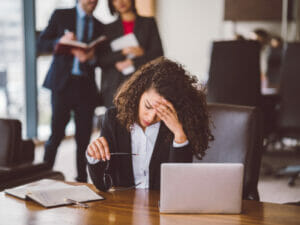 If you are dealing with the aftermath of a defamatory statement, you could have unbearable stress, depression and anxiety regarding your future. False statements shatter careers, reputations and even financial interests. From professional athletes to actors, politicians and other high-profile individuals, it is paramount for those suffering due to false statements to take action.

Under section 73.055(b), a request for a correction, clarification, or retraction is timely if made during the period of limitation for commencement of an action for defamation, which is among the shortest limitation periods:  one year.  Tex. Civ. Prac. & Rem. Code § 16.002(a).

According to the Texas Constitution and Statutes, those who receive a request to clarify, retract or correct defamatory statements can ask the person who made such a request to offer evidence proving that the statements are false. If a publisher asks you for such evidence, it is vital to provide proof within 30 days. If you fail to disclose such evidence within 30 days, you could lose the ability to recover damages.

Time limits regarding the correction of defamatory statements

Unfortunately, victims of defamation do not always receive the justice they deserve, and you should not hesitate to stand up for your rights if you find yourself in this position.

This is Your Reputation at Stake! Act Now!!  Wait To Talk To Texas Mitigation Defamation Mitigation Attorney. Call Our Office Today.

When your reputation is on the line, it is important to talk to an attorney you can trust. To discuss your case, call our firm now at 713-231-9288 today. You can also fill out our contact form online. We have offices in Houston, Dallas and McAllen to help defamed clients across Texas.

How to Find an Orthopedic Doctor After a Car Accident

How to Determine Pain and Suffering in a Car Accident Case

How to check if a car has been in an accident?