Weather plays a role in many devastating traffic collisions 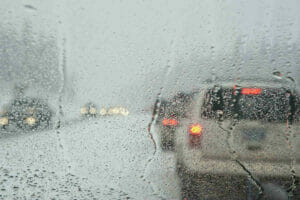 A serious motor vehicle accident could leave you with serious injuries that permanently alter the course of your life. For example, you could lose the ability to continue your job, or you could become immobilized permanently. Lifelong brain damage and significant financial hardships also cause many victims to suffer following a traffic collision.

These crashes take place for a wide variety of reasons. Reckless drivers cause many accidents, such as drivers who speed or drive while intoxicated. Reckless driving becomes even more dangerous during inclement weather, and weather can cause an accident in many different ways.

Statistics on weather and traffic collisions

The FHWA covers many different traffic crash risk factors that involve weather. For example, heavy precipitation causes many accidents and can interfere with visibility, affect driver behavior and traction on the road. Fog can interfere with visibility, and wind can also affect visibility due to blowing snow, debris and dust. Snow and ice cause some drivers to lose control of their vehicles.

Negligent driving becomes especially dangerous when weather conditions are poor. If you suffered a serious injury because of another's negligence, such as a driver who sped around a sharp turn during heavy rainfall or low visibility, you need to hold them answerable.